Cemetery Dance has announced a new book, Seasons of Terror, that features four stories adapted to graphic format by Richard Chizmar. The stories are by Ray Bradbury, Shirley Jackson, Stephen King, and Robert McCammon. Each story is illustrated by a different artist:

Fall – “The Raft” by Stephen King with artwork by Francois Vaillancourt

Brian from CD clarified what this will be in a post on DarkTower.org:

The stories are adapted into a graphic novel-esque format. It won’t be the exact text of the original stories reprinted word for word like we did in SOD, although some elements like dialogue might show up the same as you remember from the original stories. So, less text and more art.

Also, for those who aren’t interested in the hardcover but like the overall idea, I believe Simon & Schuster will be publishing a trade paperback in the second half of 2020.

The book will be released by CD in three different editions sometime in 2021. For details and to place pre-orders, visit the Seasons of Terror page at Cemetery Dance. Gallery will release a trade paperback edition of the book on November 1, 2021. 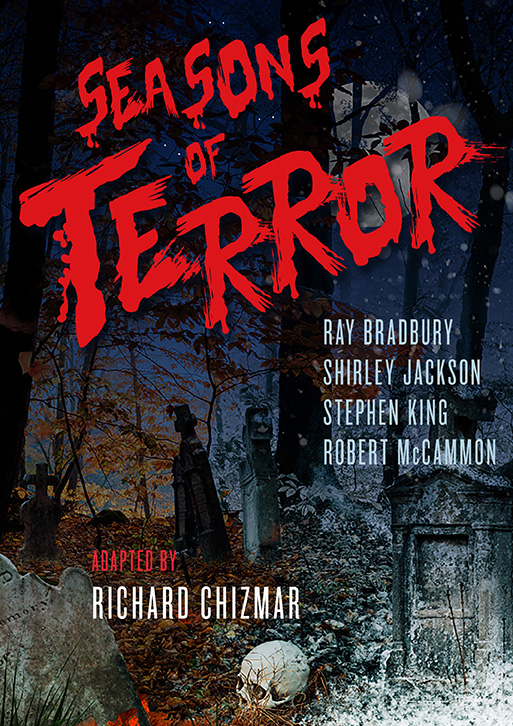