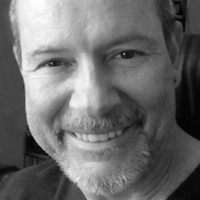 Hello, all. It’s been a while since I’ve checked in and talked about my work and what’s coming up, so it’s time to do that.

Actually, there are some projects working that haven’t been announced yet, so I can’t talk about those, but there’s a lot going on and a lot to come.

Due to scheduling conflicts, my next book—titled The Listener—won’t be out until February of 2018, from Cemetery Dance.  I finished this book last year, but sometimes in the publishing world “stuff” gets in the way and you (meaning me) have to just understand it and go with the flow. The Listener is about the kidnapping of two children and is set in New Orleans in 1934. This is a book I’ve been wanting to write for several years, since I discovered what an epidemic  (a tragic epidemic, at that) kidnapping became during the desperation of the Great Depression. It got to be so bad that the New York Times began running a box at the top of the front page listing who had been kidnapped, and among those victims, which ones had been returned to their families. Desperate times, indeed.

The Listener isn’t exactly supernatural, though there is a “strange” element. I understand we all enjoy reading about vampires, werewolves, ghoulies, and other creatures of the night, but the most fearsome and deadly monster is the human being…and I believe I have created two of the most fearsome and horrific human beings in The Listener that you could ever fear to meet. And these people, I think, are likely the kind who would kidnap two children and not have much concern whether the kids lived or died. Grim stuff, but you can be sure there’s someone in The Listener who embodies all the good qualities of the human kind who will move Heaven and Earth to find the children…though he’s probably the last person anyone would think of as a “hero”.

Now…to the next Matthew Corbett book, Cardinal Black. I’ve begun that, but because The Listener won’t be out for a while, neither will Cardinal Black. Matthew is fighting time to find the book of potions stolen by Cardinal Black, and time is running out for Berry lest she become permanently mentally afflicted by the drug given her by Professor Fell. Matthew is being helped by one of Fell’s men…and this particular man has his own story and motives, and I think he’s going to be one of the most interesting characters in the entire series. When I created him in Freedom of the Mask, I just had a feeling that he was going to play an important role in Matthew’s future, and so he shall.

Watch out for the characters of Lioness Savauge and Rakeback Lizzie in Cardinal Black…both deadly, in different ways.

I will say that from here on out I won’t be writing any books between those in the Matthew series, so once we get on track again past The Listener, I’ll be writing only about Matthew, which should eliminate the (unfortunately) long wait between episodes of Master Corbett’s story.

Bear with me, if you will, in this period. I can promise you that Cardinal Black and after that the remaining two books in the series will be well worth waiting for, as Matthew discovers what Professor Fell has been searching for, and why, and why Matthew has to keep him from getting what he desires…though the deal has been made that Matthew must help Fell find it, or watch Berry and Hudson perish.

Oh, the scrapes and tight squeezes these people get into! How do they manage it?

As always, I thank you for your continued support and readership, and I will say again that without readers a writer is nothing…only a whisper of wind moving from here to there. So I appreciate very much your eyes on the page, your very gratifying interest in the adventures of Master Corbett and the denizens of his world, and your understanding of the time it sometimes takes (in this strange publishing world of the 21st century) to get my vision and work to your hands.

Thank you once more, I hope you will look forward to both The Listener and to Cardinal Black, as well as those other projects I can’t yet speak of, and I hope you have the best summer ever.