The Cardinal Black book launch took place on Saturday, April 20, 2019, at the Alabama Booksmith in Birmingham, AL. Mr. McCammon spoke about the Matthew Corbett series and his career, and he read the first chapter from Cardinal Black. People who pre-ordered Cardinal Black were entered into a random drawing for a copy of the Subterranean Press limited edition of Swan Song. After the presentation, Mr. McCammon signed books and posed for photos. There were approximately 100 people in attendance for the signing.

Thank you to Jake Reiss, the Alabama Booksmith owner, for hosting the Cardinal Black book launch! The weather was perfect, and everyone seemed to have a great time.

Photos by Hunter Goatley. I had intended to get more photos of people getting their books signed, but I ended up talking to people instead.

Update: you can also read Blu Gilliand’s report on the Cemetery Dance website, including video of the reading from Cardinal Black. 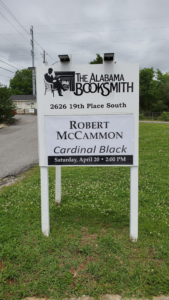 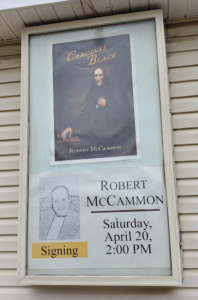 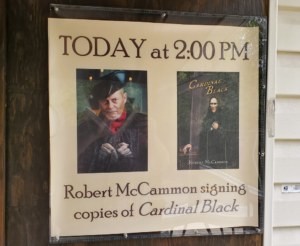 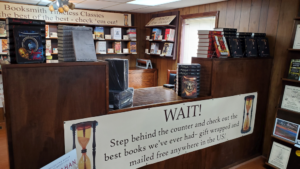 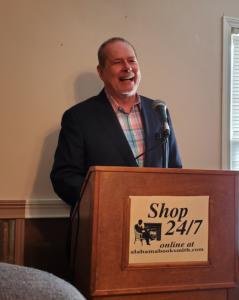 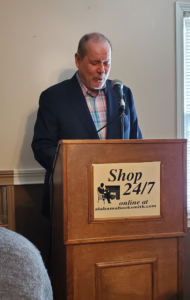 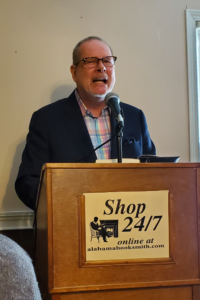 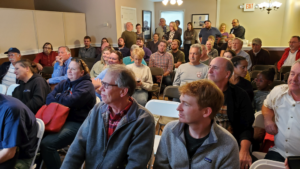 The audience for the presentation and reading 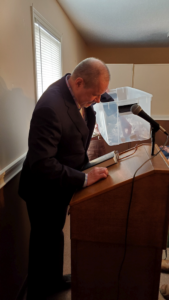 Drawing the winner of the Swan Song limited 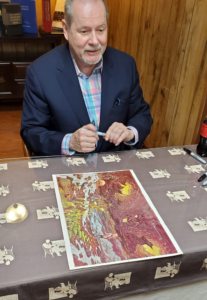 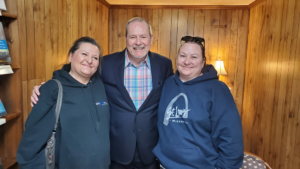 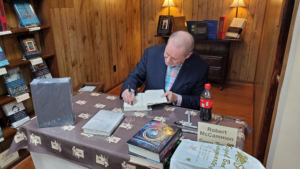 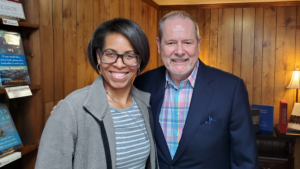 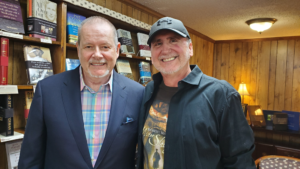 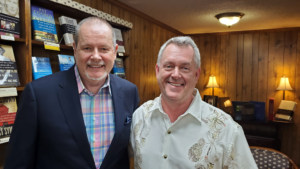 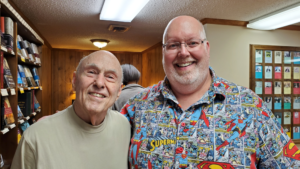 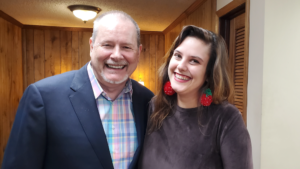 Robert McCammon and his daughter, Skye 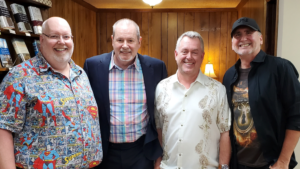