Nattasha Davies has created three tarot card images inspired by Swan Song. Click here or on the image to see the individual cards and larger images.

You can see lots more fan-produced artwork in the Fan Artwork gallery. 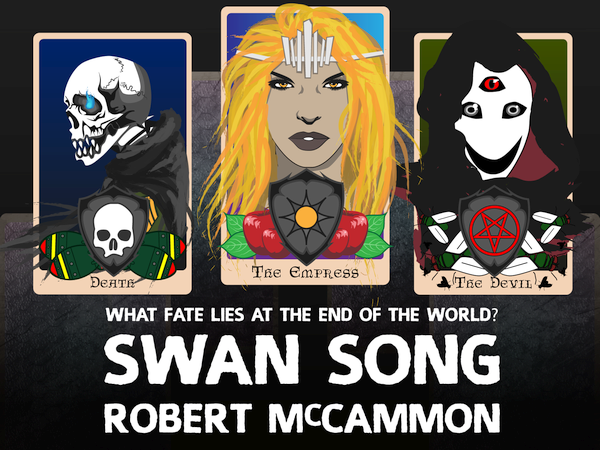 Swan Song is among the 100 popular books selected for the upcoming PBS series The Great American Read!

The Great American Read PBS book list has been revealed! See if your favorites made the list — and get ready to vote after the series premiere on May 22: to.pbs.org/2HNAObu #GreatReadPBS 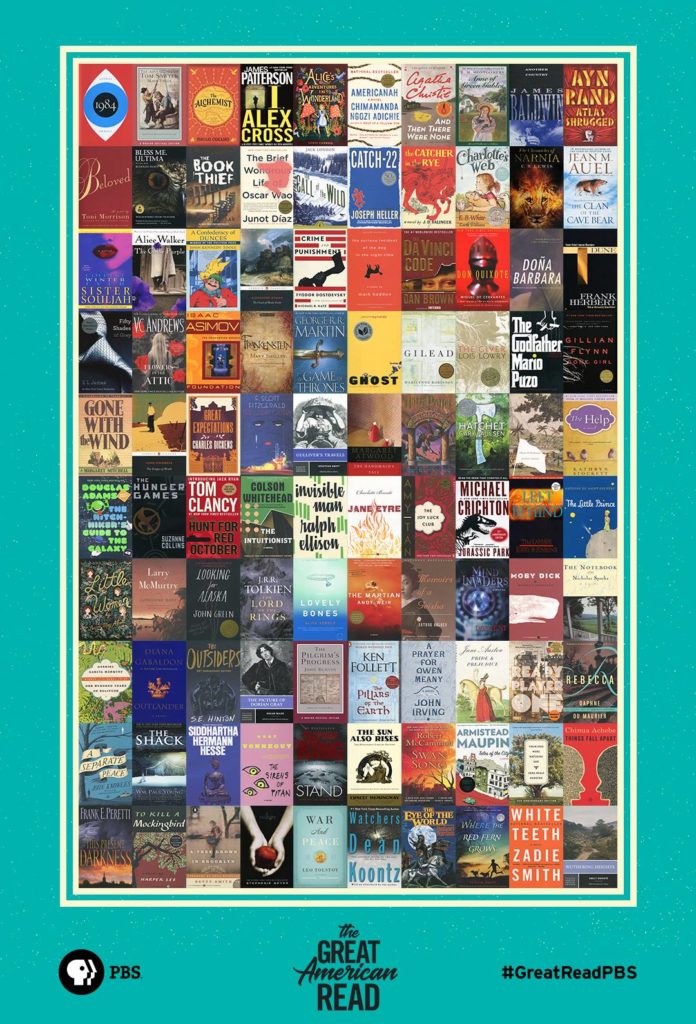 Artist François Vaillancourt writes, “I just read Swan Song and I was blown away. It inspired me to do this portrait of the Man with a Thousand Faces.”

You can see more of François’s artwork on his website, francois-art.com. Click on the image to see a larger version.

You can find more fan artwork in the Fan Artwork gallery. 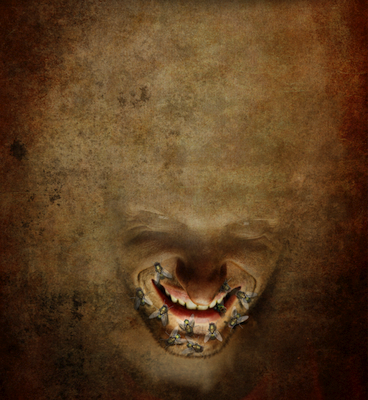 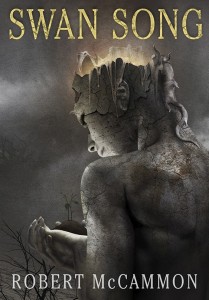 The Swan Song limited edition published by Subterranean Press is shipping this week! The lettered editions were shipped last week.

Unfortunately, the book sold out within hours of it going on sale. Copies are already showing up on eBay for rather exorbitant prices. 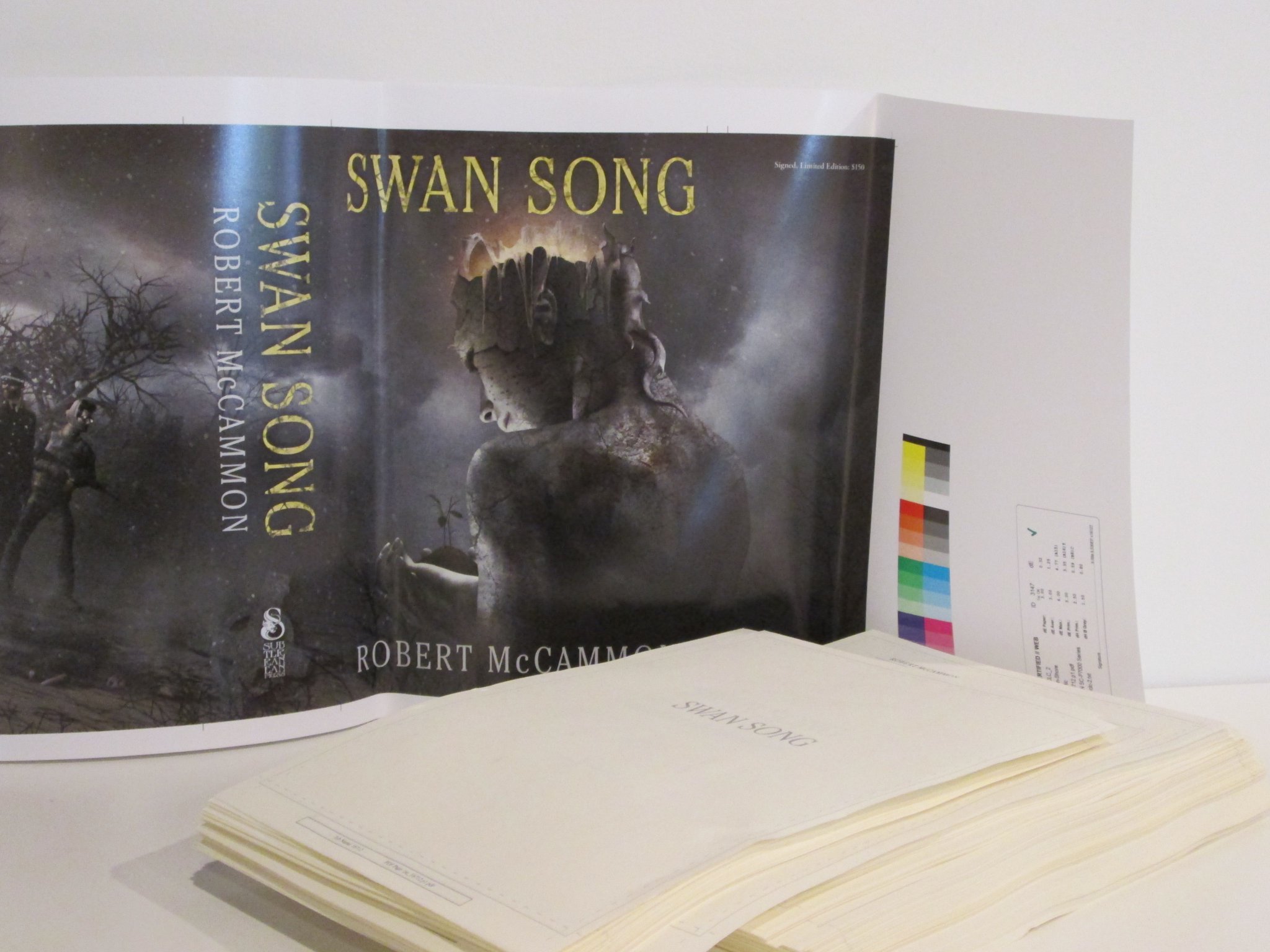 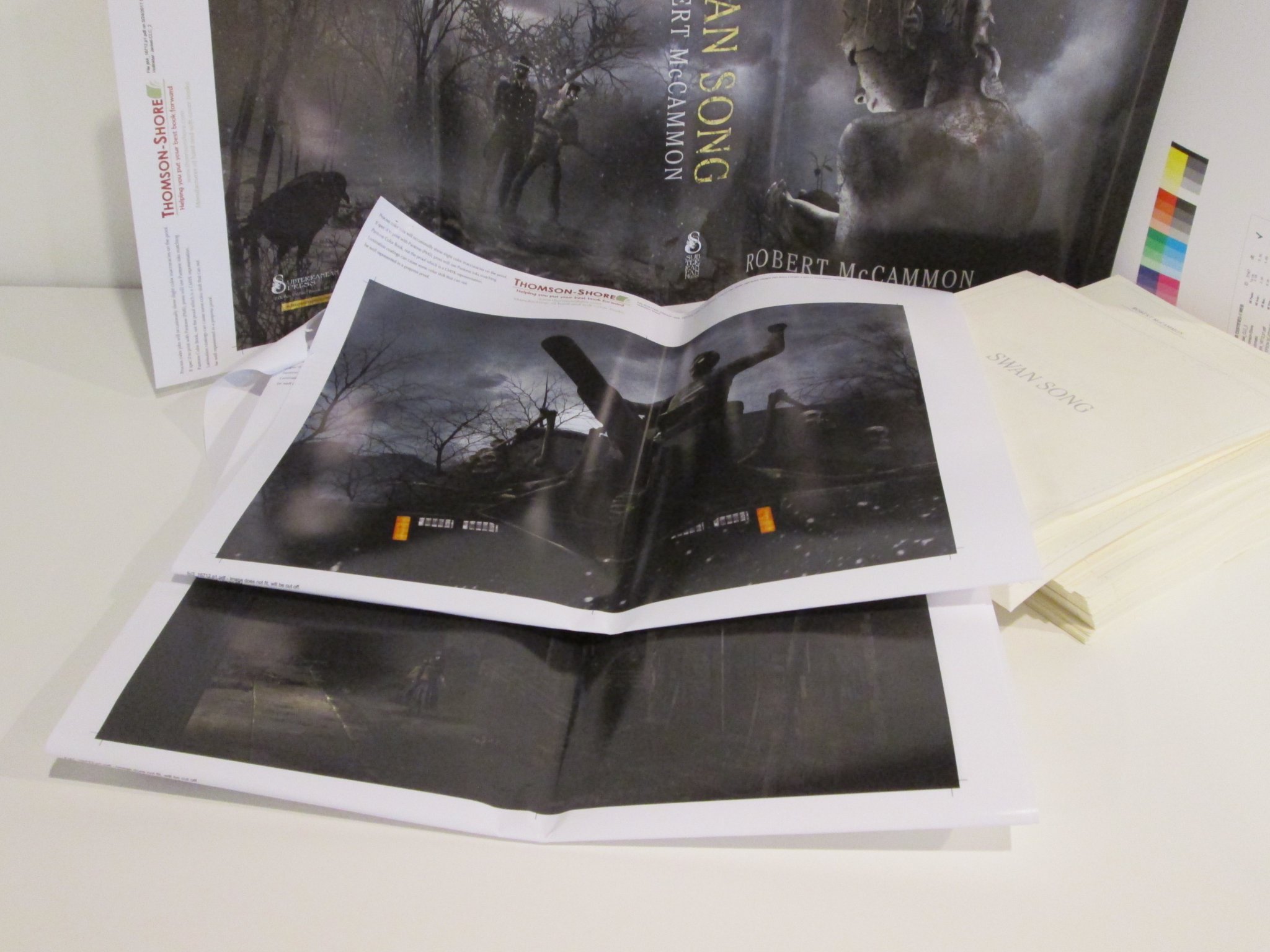 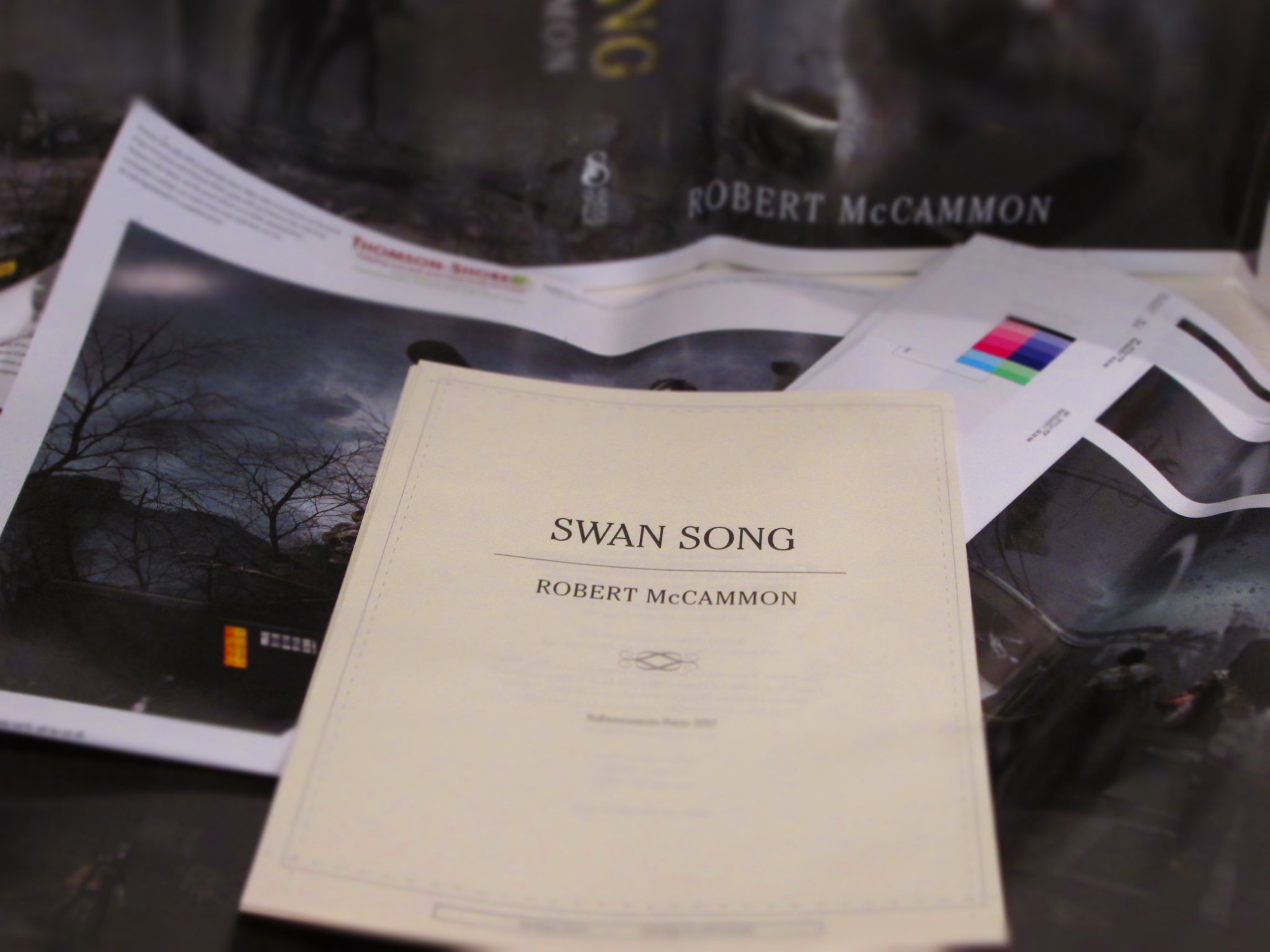 Unfortunately, the limited edition is long sold-out, having reached that milestone in under 24 hours. It will be published in October 2017.

SWAN SONG IS COMING! (And this edition is sold out now!)

We’re pleased to announce the thirtieth anniversary signed limited edition of one of the most celebrated epic apocalypse novels of them all: Robert McCammon’s sf/horror extravaganza, Swan Song. At only 552 copies total, in an edition that will not be reprinted, we expect the print run to sell quickly.

First published as a paperback original in 1987, Robert McCammon’s Stoker Award-winning Swan Songremains one of the signature horror novels of its era. Set squarely in the tradition of such post-apocalyptic classics as The Stand, Alas, Babylon and, more recently, The Road, Swan Song invites us to witness the fiery end of civilization – and its bloody, brutal aftermath.

The story begins with a devastating nuclear exchange, the culmination of humanity’s ancient “love affair with fire.” As the world devolves into a toxic wasteland marked by acid rain, dwindling food supplies, and an endless nuclear winter, a large cast of characters struggle to rebuild their lives in a barren, utterly hostile landscape. Among the more memorable of these are Sister Creep, a former bag lady, Josh Hutchins, a wrestler once known as “Black Frankenstein,” Roland Croniger, a young boy who learns to become a savage killer, and the terrifying, possibly demonic “Man with the Scarlet Eye.” Most centrally, Swan Song tells the story of Sue Wanda Prescott, AKA Swan, whose nascent ability to restore the health of the ravaged earth may, in time, lead to the salvation of the human species.

Thirty years after its initial appearance, Swan Song continues to entertain and enthrall. An epic feat of storytelling, it gazes without flinching into the horrors of the nuclear abyss. At the same time, it offers a compelling vision of rebirth and renewal, of hope maintained under impossible circumstances. Readers new to this novel are in for an extraordinary experience. Returning readers will find themselves caught up once again in a moving, beautifully constructed tale. Swan Song is one of those all too rare books that will take over your life for an extended period. Like the best of McCammon’s fiction, it offers the sort of sustained thrills and complex pleasures that only a master novelist can provide.

Order your copy before supplies run out.

March 13, 2017, update: Both editions sold out the very first day they went on sale. If you missed out and are interested in a copy, you might try subscribing to the Subterranean Press mailing list. They sometimes find that there are additional copies available after orders ship (due to cancelled orders, etc).

Polish publisher Papierowy Księżc is reprinting their two-volume translation of Swan Song on February 17, 2016. Their edition was first published in 2013 and has been out-of-print for a while. The new releases feature modified cover art, with different colorings and title placements. They’ve been added to the Book Cover Gallery, where you can also see the original covers. 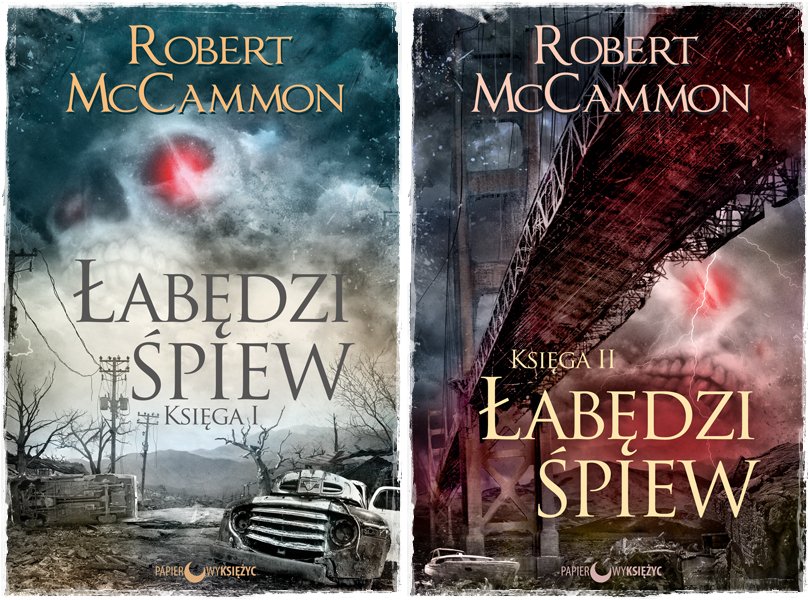 Pocket Books will reissue Robert McCammon’s 1987 classic Swan Song in the mass-market premium paperback format on July 26, 2016. The premium format is that taller, mass-market paperback size introduced a number of years ago.

This release can be pre-ordered now from Amazon , Books-A-Million, and B&N, among other sites.

The ebook editions of

Robert McCammon’s classic 1987 post-apocalyptic novel Swan Song are on sale today for only $2.99!

Also, the mass-market paperback edition of Swan Song is now back in stock at Amazon US.

German publisher Festa Verlag will publish a new, two-volume German translation of Swan Song on May 26, 2015. You can see more about the releases and pre-order them on their website: Swans Song 1: Nach dem Ende der Welt and Swans Song 2: Das scharlachrote Auge.

Click on each image to view a larger version.