Kazuki Tamada has contributed new illustrations inspired by Gone South and the short story “Something Passed By.” You can see more of Kazuki’s artwork—as well as art from several other McCammon fans—in the Fan Art Gallery. 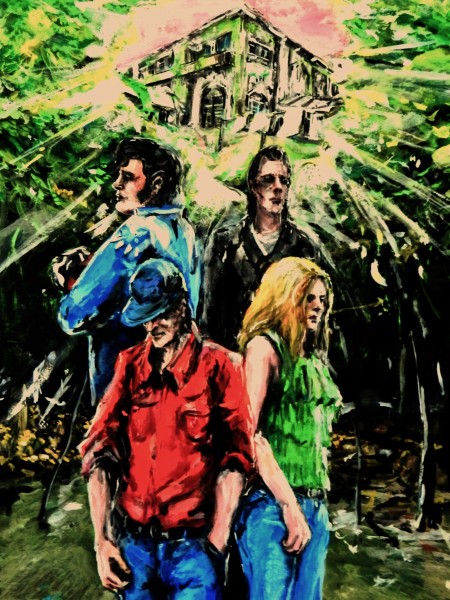 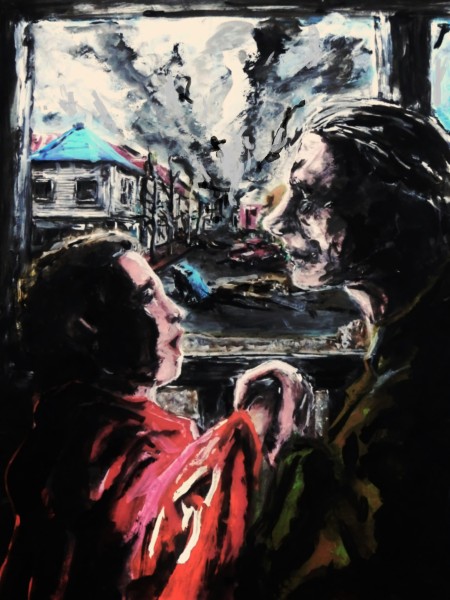 The audiobook can also be purchased via Amazon US and Amazon UK.

Simon & Schuster Audio is releasing an unabridged audiobook of Gone South on or around June 2, 2015. The book will be read by George Newbern, who also narrated the unabridged edition of Boy’s Life. (Note: S&S had previously announced that Will Patton was narrating, but that was an error.)

Robert McCammon’s 1992 novel Gone South is being adapted for a possible movie by Rolling Boulder Films. At this stage, they only have permission to write a screenplay. Based on that, they may choose to pursue an option for the book. An option is not a guarantee that a film will be made; it simply gives the options holder the right to develop a script based on the novel and pitch it to studios. If a studio becomes interested, then the actual film rights have to be purchased.

With that in mind, Rolling Boulder Films consists of Chris Strompolos and Eric Zala. They are best known for having filmed a scene-for-scene version of Raiders of the Lost Ark when they were teenagers. There’s a new book out about how that movie was made (Raiders! The Story of the Greatest Fan Film Ever Made), and Chris was interviewed by ComingSoon.net about the book. In the interview, Chris mentions Gone South:

“There’s another book that falls into the Southern Gothic genre called ‘Gone South’ by Robert McCammon that I’m adapting into the script – we got the rights to it which took me a long time as well,” he told us about other developments with Rolling Boulder. “I’m adapting that script and then I’m working on a spec script with a buddy of mine who will produce it through our Rolling Boulder Films company called ‘Liquor by the Drink.’ It’s a true story set in Iowa in the 1950s about a sort of a murder love triangle that’s actually about my buddy’s family, his uncle, and it was a big scandal in Iowa in the early ’50s, an Inquirer level scandal, and it involves the local mob and illegal liquor and affairs and it was really a damn interesting story. We’re crafting that script right now and my plate is full with that.”

You can read the full interview on ComingSoon.net: Interview: Chris Strompolos on Raiders!

Further developments will be tracked on the Gone South Movie page.