Robert McCammon fan Paul Halucha recently sent me these photos of a custom wooden slipcase he had made for his lettered copy of the Dark Harvest edition of Swan Song. The case was made by Dick Olson of Bookslipcase.com (aka Dolso Cases).

Click on each image to view a larger version. Thanks, Paul! 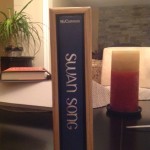 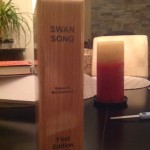 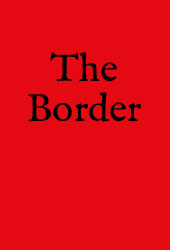 Audible will produce an audiobook version of Robert McCammon’s upcoming SF/horror novel The Border. The novel will be published in Spring 2015 by Subterranean Press. The audiobook will presumably be released at the same time, though the exact date is not known yet.

You can read a little more about The Border here.

Several new reviews have been posted around the ‘net:

Olivier Graham contributed his rendition for a book cover for Swan Song. You can see a larger version and artwork from other fans in the Fan Artwork Gallery. 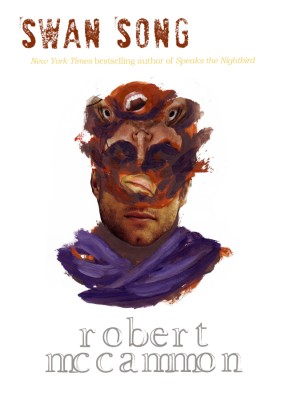 Kazuki Tamada has contributed a new illustration inspired by The Wolf’s Hour, along with photos of an incredible pair of statues he created that depict Michael Gallatin in both his human and wolf forms. Click on the statue image to see more photos of them or click here. You can see more of Kazuki’s artwork—as well as art from several other McCammon fans—in the Fan Art Gallery. 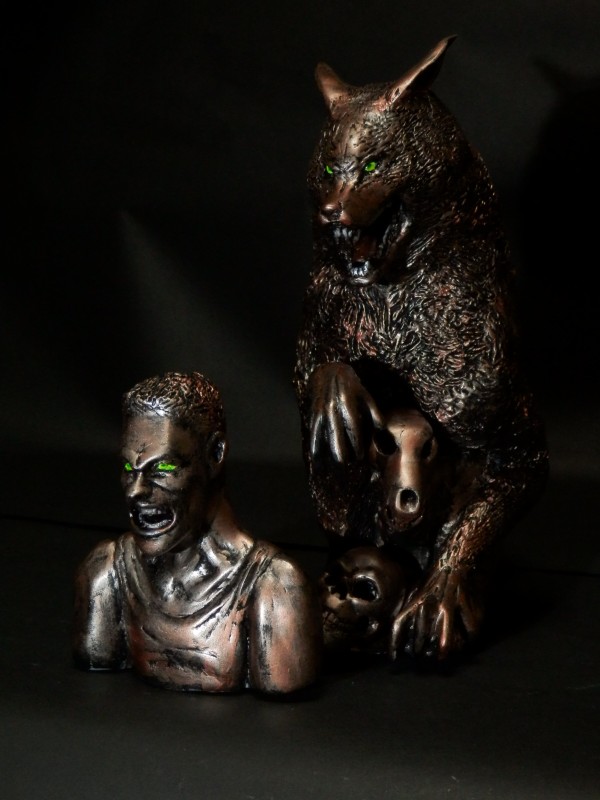 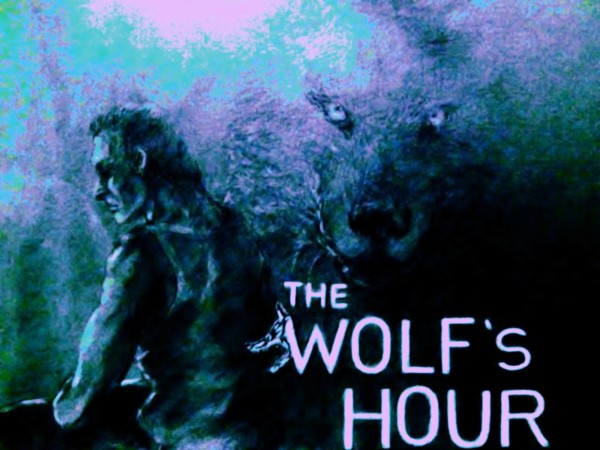 Artist Kidi Bobo has contributed an illustration she did of Swan from Swan Song. You can find more fan artwork on the Fan Artwork page. 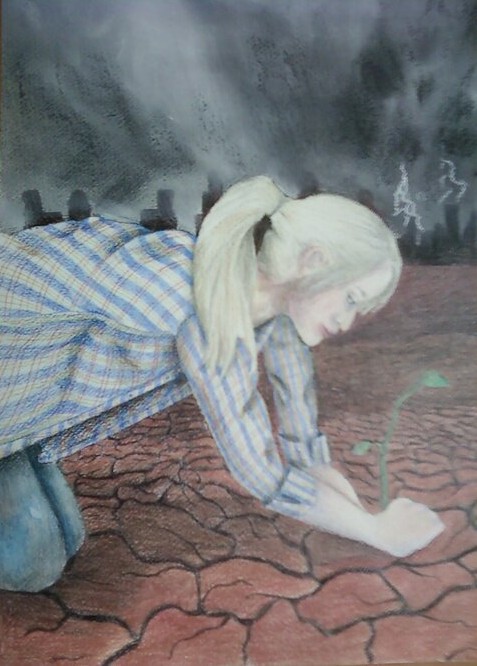 I recently discovered two more Japanese publications that included translations of stories by Robert McCammon: The Best of Masques (1992) included “Nightcrawlers,” and issue 4 of Mysteries! (2004) included “Beauty.” The covers for both have been added to the Book Cover Gallery. 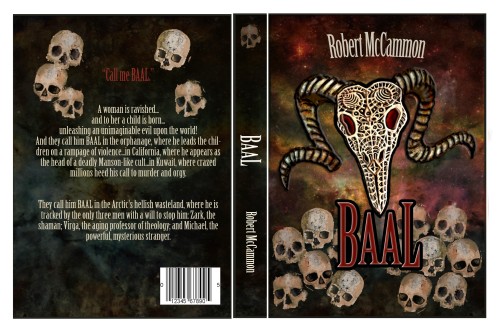 Illustrator and McCammon fan Tarryn Henderson sent in four book covers she created for Baal, Swan Song, and The Wolf’s Hour. You can see all four covers by clicking here or clicking on the image below.

You can see more artwork from fans in the Fan Artwork Gallery. If you’d like to contribute some art to the site, just email the images to the webmaster!

Artist Erin Siegel has contributed art from her graduation project that was inspired by Swan Song. For more of her work, click on the image below or click here. 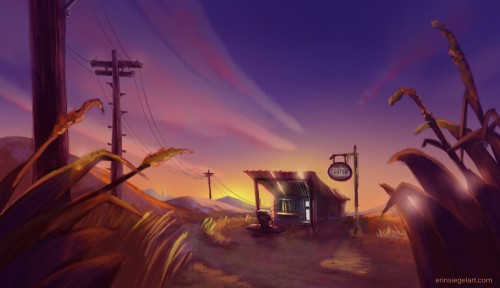 For other fan art, visit the Fan Artwork Gallery. 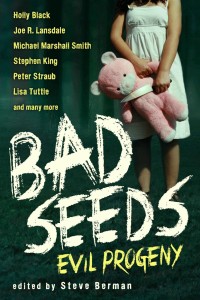 Back in January, we mentioned that Robert McCammon’s short story “Yellowjacket Summer” was going to be reprinted in an anthology entitled Bad Seeds: Evil Progeny. The Prime Books trade paperback will be available in July and is pre-orderable from Amazon now. The cover for the book can be seen to the right; it has been added to the Book Cover Gallery.

A couple of great new reviews have shown up on the ‘net in the past few days:

Artist Lia MacLeod posted her design for a book cover and title page for Swan Song on Behance. She graciously allowed me to add it to the Fan Artwork page here. You can click on the image below or click here to see her work. 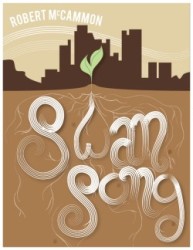 Robert McCammon visited the Subterranean Press offices on June 20, 2012, to inscribe and sign copies of The Providence Rider. Publisher Bill Schafer tweeted this photo and comment: 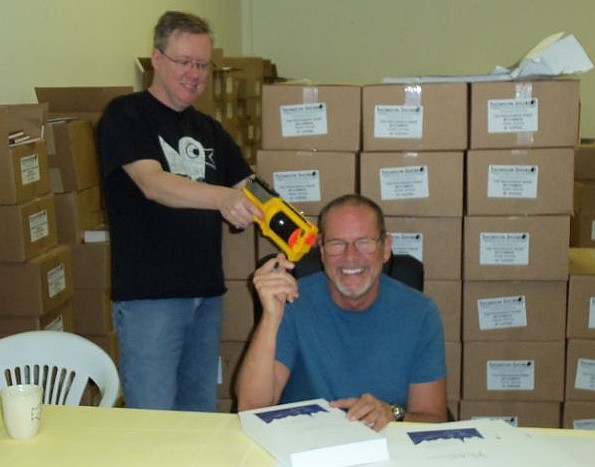 @MacCammon in our warehouse, willingly signing everything put in front of him.

The recently announced GraphicAudio dramatizations of The Wolf’s Hour and The Hunter from the Woods are pre-orderable now from Barnes & Noble. (Thanks, Jonathan!) As of now, they’re not listed on Amazon, but will, no doubt, be listed soon. The release date for the dramatizations is November 1, 2012. You can pre-order them from B&N here.

Japanese artist Kazuki Tamada has sent in his latest artwork. This one was inspired by Swan Song. You can see all of Kazuki’s art here. More artwork by other fans can be found in the Fan Artwork Gallery. 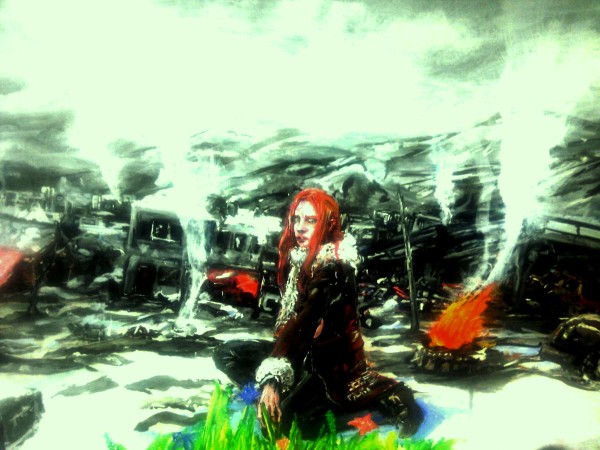 The release of  Shadow Show: All-New Stories in Celebration of Ray Bradbury has been moved up a week to July 10, 2012. The book is being released in trade paperback, ebook, and audio formats from HarperCollins; there’s also a limited edition from Gauntlet and Borderlands Press. The book, edited by Sam Weller and Mort Castle, includes “Children of the Bedtime Machine,” a brand-new short story from Robert McCammon, which was mentioned in the new starred-review from Publishers Weekly. Links: Trade paperback @ Amazon, Kindle, NOOK, HarperAudio.

Here are links to a few more recent reviews:

Marshall Thompson has spent the last two months working on a diorama inspired by Robert McCammon’s 1981 novel The Night Boat.  The diorama depicts the raised U-boat and its undead crew working to restore it. You can view several photos of the diorama in the Fan Artwork gallery. 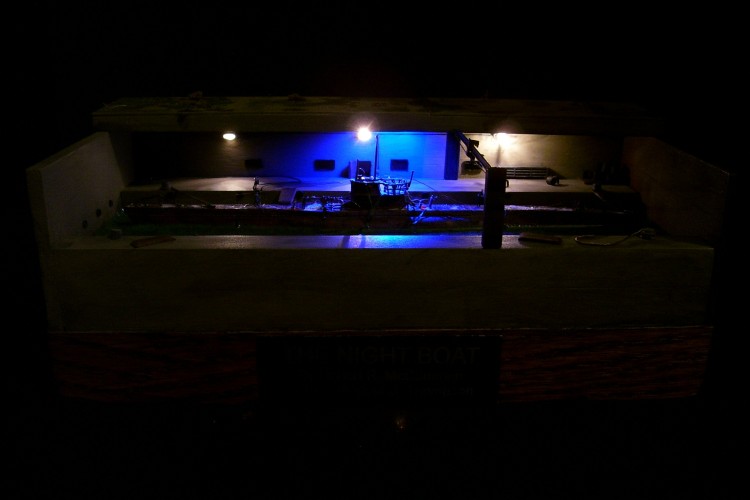